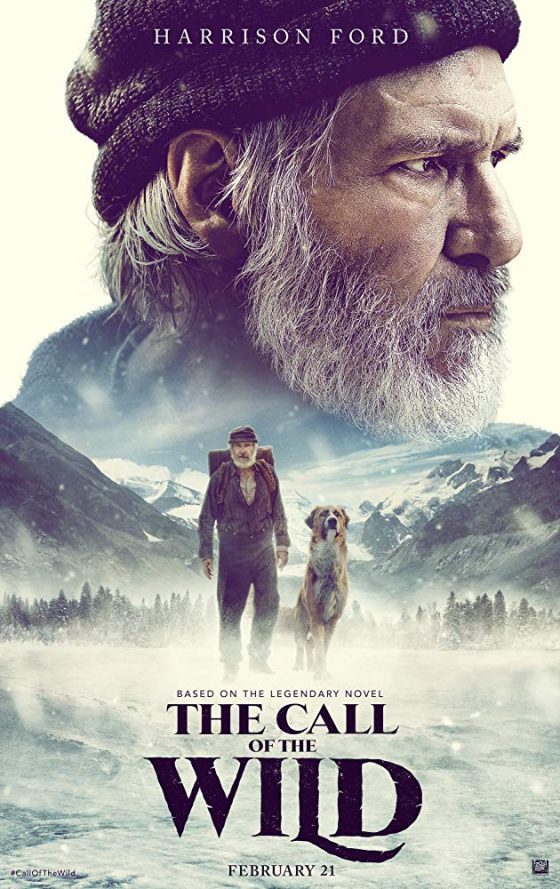 Jack London’s iconic novel The Call of the Wild has been adapted many times to film since the silent era but next year’s take starring Harrison Ford is probably the first that will feature a supporting cast of all CG animals.  Harrison Ford plays prospector and outdoorsman John Thornton, who takes in a dog named Buck who was taken away from his home in Santa Clarita, CA and ends up in the frozen wilderness of the Yukon.  Thornton and Buck become inseparable and go on many adventures throughout the wilds of the North.  Dan Stevens, Karen Gillan, Omar Sy, and Bradley Whitford co-star and Chris Sanders, who directed Lilo & Stitch and the first How to Train Your Dragon is directing.  Sanders obviously has the chops for fully animated films but the CG Buck looks especially weird and cartoonish in live-action, even though it seems like they are going for more of a Lion King sort of look and feel.  It will definitely let them do things that a real dog couldn’t do.  We’ll have to see how everything shakes out on February 21st next year and you can check out the first trailer below.