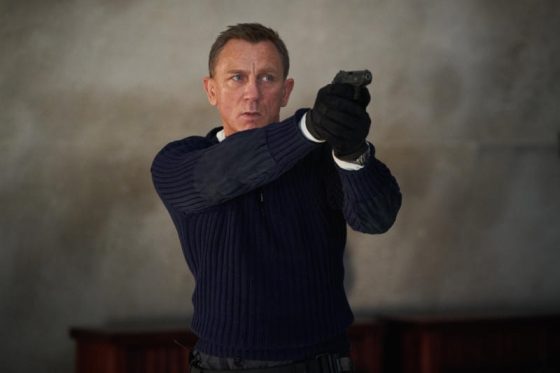 Daniel Craig is playing James Bond for the final time in next year’s explosive looking No Time to Die.  007 is pulled out of retirement in Jamaica by old buddy Felix Leiter (Jeffrey Wright) and put on the trail of a new villain, Safin (Rami Malek), who has deadly new technology that threatens the world.  Bond also learns that his new love Madeline Swann (Lea Seydoux) has some sort of secret (outside of being the daughter of the diabolical Mr. White, as we learned in Spectre) and Blofeld (Christoph Waltz) is also a factor as well.  There’s also a new 00 agent, Nomi (Lashana Lynch) who joins Bond on the mission along with returning faces like Ben Whishaw, Naomie Harris, Rory Kinnear, and Ralph Fiennes. Ana De Armas joins the cast as well and Cary Fukanaga is directing.  The movie arrives on April 8th, 2020 and you can check out the trailer below.