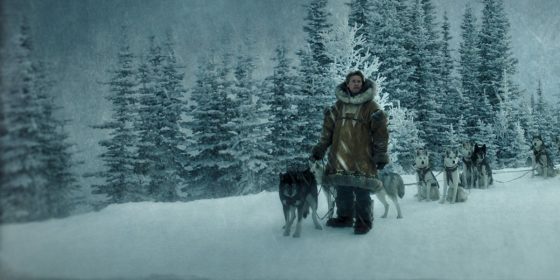 Disney seems like their becoming obsessed with early 20th century Yukon/Gold Rush stories, with Call of the Wild coming next year and true story Togo coming out this month on Disney+.  Willem Dafoe stars as sled dog driver Leonhard Seppala who gets a headstrong pup named Togo who grows into a dedicated lead sled dog.  When a diphtheria outbreak threatens their community, Leonhard and Togo must join a 700-mile relay to collect a cure and get it back.  If this sounds familiar, the story was also dramatized in the animated movie Balto, as Balto’s sled was the one on the final leg of the journey but Togo and Leonhard contributed just as much and their journey was just as grueling and dangerous.  The movie arrives on Disney+ on December 20th and you can check out the trailer below.