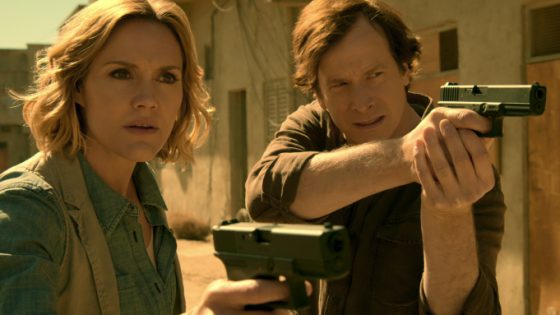 Rob Huebel and Erinn Hayes are leaving Childrens Hospital to battle terrorists and diseases around the world in the upcoming Netflix spin-off, Medical Police.  Drs. Owen Maestro and Lola Spratt are recruited by the CDC to join an elite law enforcement agency that battles bioterrorists and prevents deadly diseases from spreading across the world.  It seems like the show is going to take the best ridiculous bits from Childrens Hospital and it’s cousin NTSF:SD:SUV and combine them into one hilarious action parody.  Childrens Hospital co-stars Malin Akerman, Ken Marino, Rob Corddry, and Lake Bell will appear on the show as well and it starts on January 10th on Netflix.  Check out the trailer below.