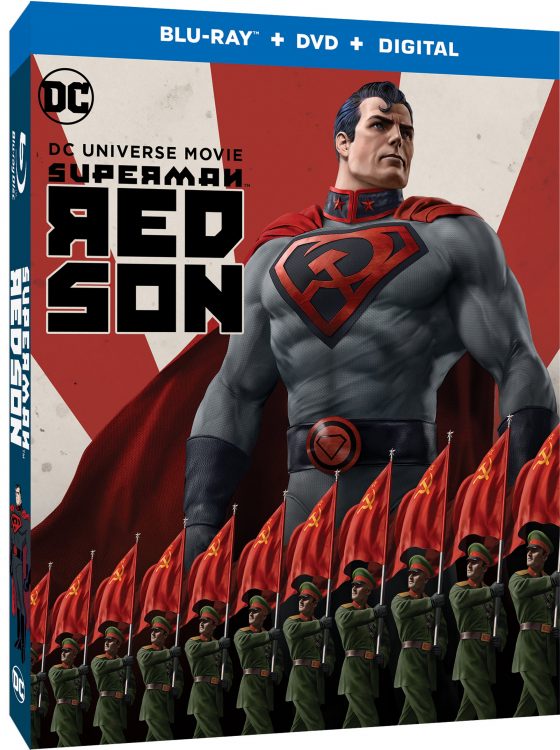 One of the most well known Elseworlds stories in the DC canon, Superman: Red Son arrives in animated form in February next year.  When Kal-El’s spacecraft crashes not in Kansas but Soviet Russia, he is raised and trained into the ultimate weapon of the Communist regime.  Wonder Woman and Batman appear in much different forms than normal as well and most of the story involves the US President, Lex Luthor, trying to find a way to destroy Superman before he leads an invasion of the US, which involves US military Green Lanterns and even teaming with Brainiac.  Jason Isaacs, Amy Acker, Diedrich Bader, Phil Morris, Phil LaMarr, Vanessa Marshall, Sasha Roiz, Roger Craig Smith, Paul Williams, and William Salyers star as the voice cast and it’s directed by veteran DC Animation director Sam Liu.  A Phantom Stranger short will be included with Red Son as well.  Red Son will be available on Digital on February 25th and DVD/Blu-Ray/4K on March 17th, check out the trailer below.