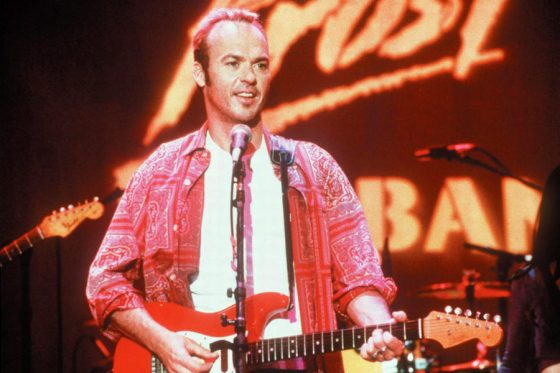 1998’s Jack Frost, not to be confused with 1997’s cheesy horror movie Jack Frost, is a bizarre holiday movie that killed Michael Keaton and put him into the body of a snowman because of the power of a magical harmonica.  Music is a fairly significant portion of the movie and is really the inciting incident of everything, as Michael Keaton’s Jack Frost is the lead singer of a blue/rock band that is trying to hit it big.  Jack gets a major shot at stardom right before Christmas but, on the way to the gig, he decides better of it and tries to make it home but dies in a car crash. When his son Charlie plays the harmonica a year later, Jack’s soul is imbued into a snowman that Charlie had built in the front yard.  Things only get weirder from there.  Seeing as how Jack is the frontman of a band, The Jack Frost Band actually had two songs on the soundtrack with Keaton on vocals and he also co-wrote one of the songs as well.  What’s strange is that Michael Keaton, unlike some other stars, doesn’t seem to have any musical side projects or albums, so it’s just another strange element of the film.  The rest of the soundtrack featured the likes of Hanson, Lisa Loeb, REO Speedwagon, Stevie Ray Vaughn and more.  Check out both songs from The Jack Frost Band below.