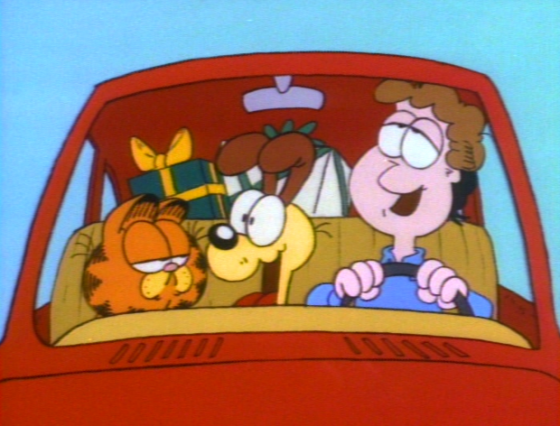 Although it hasn’t aired in almost 20 years, A Garfield Christmas is still a holiday staple for many an 80s or 90s kid.  Debuting in 1987 on CBS and airing for most subsequent years until its final broadcast on CBS in 2000.  It has since been released on DVD and it also lives now on Youtube from the official Garfield & Friends channel (Garfield & Friends would debut on Saturday mornings the year after in 1988).  A Garfield Christmas was also the seventh animated primetime special for the lasagna chomping cat, who first came to TV in 1982 for the Here Comes Garfield special.  The great Lorenzo Music provided the voice of Garfield, as he did for the prior specials and Garfield & Friends and the special follows Garfield, Odie, and Jon as they head back to the Arbuckle family farm for a good old fashioned Christmas.  From some catchy songs to bad-ass Grandma Arbuckle, there’s tons of fun and charming stuff in this special and you can watch the whole thing below.