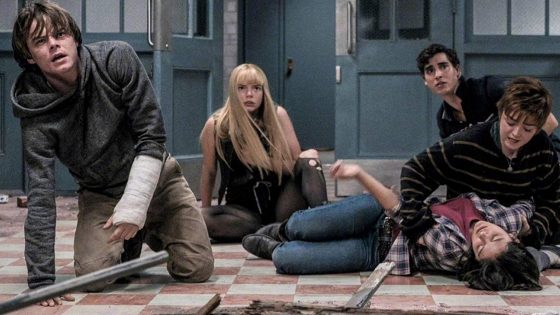 In the wake of Disney buying Fox, the utter failure of Dark Phoenix and possibly other behind the scenes drama, The New Mutants movie has been delayed from release date to release date since 2017 and seemed doomed to film limbo but the movie seems like it is actually coming out in April based on its new trailer.  Directed by Josh Boone, the movie follows a group of young mutants who find themselves in the creepy hospital that claims to want to help them control and figure out their powers but something much darker is happening behind the scenes.  Anya Taylor-Joy plays Magik, Maisie Williams is Wolfsbane, Charlie Heaton is Cannonball, Henry Zaga is Sunspot and Blu Hunt is Mirage while Alice Braga plays the decidedly Nurse Ratched Cecilia Reyes.  Despite the delays, the idea of horror movie version of X-Men is still a pretty cool idea and it looks like this is leaning into that with lots of weird, creepy things happening alongside some mutant powers.  The movie is out (hopefully) on April 3rd and you can check out the new trailer below.