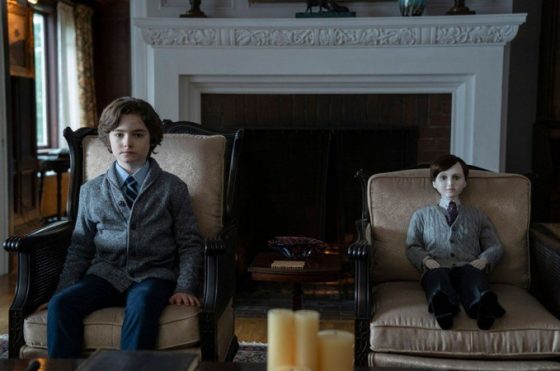 Despite getting fairly poor reviews, 2016’s The Boy made back 6x it’s budget worldwide, so it’s not too surprising that a sequel is arriving next month.  Katie Holmes stars as the mother of a family that moves into the Heelshire Mansion, unaware of the dark events that have transpired there in the past.  Her young son Jude (Christopher Convery) discovers the doll Brahms and befriends it, but Brahms seems to be twisting him into someone evil.  The trailer and plot don’t seem to mention the fact that we know from the first movie that *Spoilers* Brahms was actually being moved by the real adult Brahms, who was thought to have died in a fire but instead survived and lives in the walls of the mansion, killing people.  This trailer makes it seem like the doll Brahms is evil itself and more like a demon a la Annabelle.  William Brent Bell is returning to direct and the movie is out on February 21st.  Check out the trailer below.