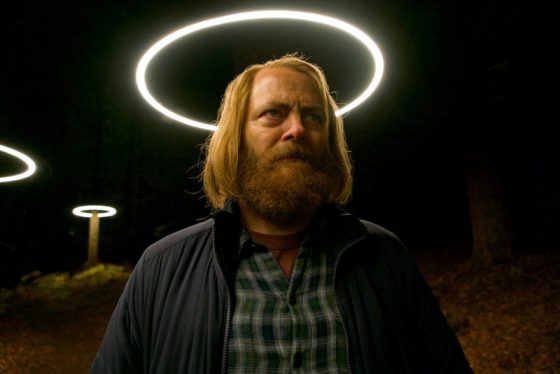 Spring is going to be a huge time for Hulu as most of the FX back catalog arrives along with shows that will be exclusively streaming on the platform, like the upcoming Devs.  Alex Garland, who brought us Ex Machina and Annihilation, is behind the series where a software engineer, Lily Chan (Sonoya Mizuno), believes something sinister happened to her boyfriend when he went to work at a secretive development division at the tech company they work for.  Nick Offerman plays the mysterious and sinister head of the company and Jin Ha, Zach Grenier, Stephen McKinley Henderson, Cailee Spaeny and Alison Pill co-star.  The series is a limited min-series that will be 8 episodes and it arrives on Hulu on March 5th.  Check out the trailer below.

A Killer Cast Checks into the El Royale (Trailer)