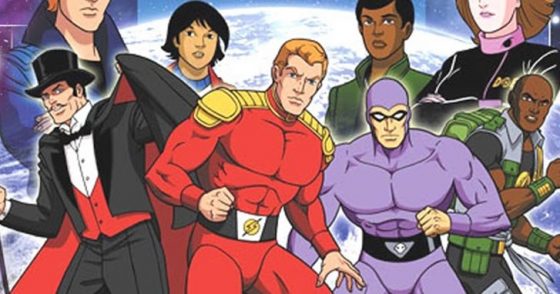 Way before the Marvel heroes were teaming up for The Avengers in the MCU, the heroes of King Features comic strips came together in 1986 for Defenders of the Earth, which coincidentally Marvel helped produce.  Flash Gordon, The Phantom, Mandrake the Magician and Lothar joined forces to defend the Earth from Ming the Merciless, who is hellbent on conquering the Earth to exploit its natural resources.  The Defenders were rounded out by a group of teen sidekicks, including Flash’s son Rick, Lothar’s son LJ, Mandrake’s apprentice Kshin and Phantom’s daughter Jedda.  The show debuted in syndication in 1986 and ran for 65 episodes until 1987.  The great Stan Lee actually wrote the lyrics for the show’s theme song and Star Comics, an imprint of Marvel in the 80s that published more licensed titles, published four issues of a comic but a spiritual successor called Kings Watch was more recently published by Dynamite.  There were also action figures and video games as well.  The first episode, Escape from Mongo, is available to check out below.