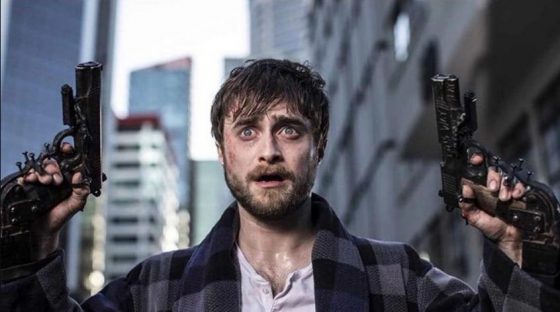 Post Harry Potter, Daniel Radcliffe has starred in some wonderfully weird movies like Swiss Army Man and Horns and this year he’s going full Crank style action with Guns Akimbo.  Radcliffe stars as Miles, a nerdy video game developer who becomes the latest “contestant” on Skizm, a live-streamed illegal deathmatch that pits random people against each other in battles to the death.  After Riktor, the mastermind of Skizm, breaks into Miles’ apartment, he wakes up with two guns bolted to his hands and being forced to face off against the current Skizm champion, Nix (Samara Weaving).  Rhys Darby and Ned Dennehy co-star and the movie is directed by Jason Lei Howden, a visual effects artist who previously directed 2015’s Deathgasm.  It looks pretty insane it will be out on February 28th, check out the trailer below.