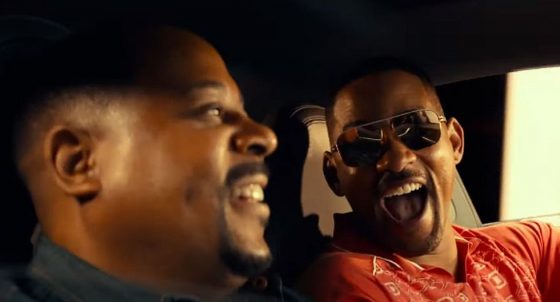 There have been plenty of late sequels in recent years that have crashed and burned but Bad Boys for Life was not one of them, having a record-breaking MLK weekend opening.

The third Bad Boys film opened to $62.1 million for the weekend and an estimated $68.1 million with today’s US holiday included.  It’s the best opening for the franchise, topping Bad Boys II by around $13 million.  It’s the best opening ever for Martin Lawrence and the fifth-best opening for Will Smith.  It was also crushed the MLK weekend opening record that was set by Ride Along and the fifth-best January weekend overall.  The movie also brought in $38.6 million internationally for a worldwide total so far of $100.8 million.

Dolittle took second place but it was far from good news, making $22 million for the weekend and an estimated $30 million with today’s holiday.  The movie cost over $175 million and it’s going to struggle to try and break even.  The only hope is that it hasn’t opened in most international markets yet, only opening in Australia and Indonesia so far.  For Robert Downey Jr, the opening is between Tropic Thunder and Gothika.

1917 dropped to third with $22 million and $27 million with the holiday.  The movie recently won the PGA award for Best Picture and is considered the Oscar Best Picture frontrunner.  It has made over $76.6 million so far domestic and over $135 million worldwide.

Knives Out moved up a spot from last weekend, going from ninth back up to eighth with another $4.3 million.  It has made over $277 million worldwide.  It actually beat Like a Boss, which plummetted from its opening last weekend to ninth place from fourth with only another $4 million.  Knives Out is in its eighth week of release.

Underwater also nose-dived, falling out of the top ten in its second weekend.  It was in eleventh place with $3.8 million.

Bad Boys for Life also took the Per Theater average with $16,464 in each of the 3,775 theaters it played in over the weekend.

Battle at the Box Office 1/6