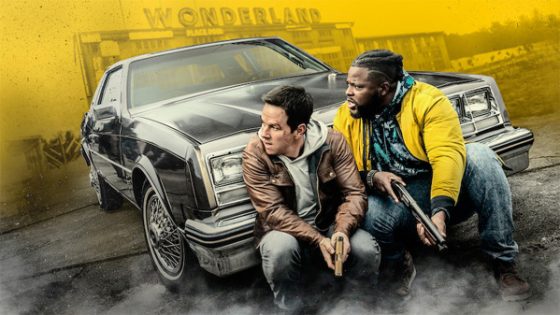 Loosely based on the classic TV show Spenser: For Hire but more based on the book series which featured the character by Robert B. Parker, Mark Wahlberg punches his way through a Boston criminal conspiracy in Spenser Confidential.  Wahlberg is Spenser, an ex-cop and former boxer who is recently released from jail.  When two of his former police colleagues are murdered, Spenser recruits his new roommate Hawk (Winston Duke), his landlord Henry (Alan Arkin) and his ex-girlfriend Cissy (Iliza Schlesinger) to help unravel a web of dirty cops and corrupt politicians.  Marc Maron, Post Malone, Donald Cerrone, Michael Gaston, Colleen Camp, and Bokeem Woodbine co-star and the movie is directed by Wahlberg BFF Peter Berg.  Hopefully, this is better than the duo’s last effort, Mile 22, which criminally wasted Iko Uwais and had some of the most unlikeable characters in recent memory.  Spenser Confidential arrives on March 6th on Netflix and you can check out the trailer below.