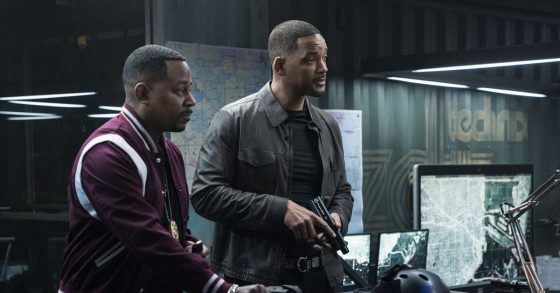 The Bad Boys remained strong for another weekend as Bad Boys for Life easily remained on the top of the charts as the new releases had fairly light openings.

Bad Boys for Life fell less than 50% from last week’s opening weekend and took in another $34 million, bringing its domestic total to $120.6 million and its worldwide total to over $215.6 million.  It has already thoroughly crushed Bad Boys and will easily past the domestic and worldwide gross of Bad Boys II in the next week or so and it cost $40 million less.

1917 remained strong as well riding its multiple award wins and nominations, dropping only 28% from last weekend while adding 325 more theaters and making another $15.9 million.  It has made over $103 million domestic and over $200.6 million worldwide.

Despite its fairly disastrous opening weekend last week, Dolittle had a decent hold and remained in third place with another $12.2 million.  If its budget wasn’t so astronomically insane, it would be doing fairly well with $90.7 million worldwide but with $175 million not counting advertising and other expenses, it will probably be another major loss for Universal.

The Gentlemen did the best of the weekend’s new releases, although it was the lowest wide-release opening for director Guy Ritchie with $10.6 million.  Most of Ritchie’s famous gangster movies like Lock, Stock never opened wide and the only one that eventually did, Snatch, made around $8 million when it expanded in its second weekend of release.  The Gentlemen was behind The Man from UNCLE by about $3 million.

Jumanji: The Next Level rounded out the top 5 with another $7.7 million, bringing it to over $283 million domestic and over $737 million worldwide.

The Turning opened to sixth place with $6.9 million and earned a rare F score from Cinemascore, meaning a disastrous mismatch between what the audiences expected based on the trailers and what they actually got.  It’s fairly low compared to other similar movies but it’s not clear how much it cost.  If it had a Blumhouse style budget, it might be OK even if it nosedives next week.

Bad Boys for Life took the Per Theater average again this week with $9,010 in each of the 3,775 theaters it was playing in over the weekend.