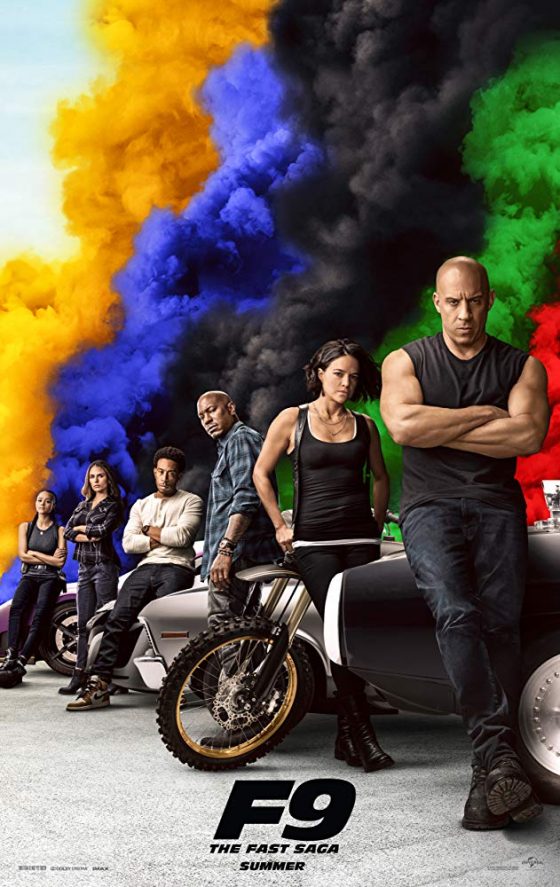 Your favorite Fast Family is back on May 22nd for the ninth(!) entry in the Fast & Furious franchise, henceforth known as The Fast Saga, F9.  Set a few years after The Fate of the Furious, Dom’s new, peaceful life as a father to Lil’ Brian is shattered when his evil brother Jakob Torretto (John Cena) returns and threatens Dom (Vin Diesel) and his true family, especially since he seems to have allied himself to the diabolical Cipher (Charlize Theron).  The main crew is all back to help Dom and Letty (Michelle Rodriguez) including Roman (Tyrese Gibson), Tej (Ludacris), Mia (Jordana Brewster) and Ramsey (Nathalie Emmanuel) and there’s also the shocking return of our beloved Han (Sung Kang) is back from the dead, seemingly none the worse for wear despite his seemingly horrific death in Tokyo Drift.  Helen Mirren and possibly Lucas Black are also back and Michael Rooker and Cardi B are joining the cast in this movie.  Justin Lin also makes his triumphant return behind the camera after taking two movies off following Part 6.  F9 looks as absurd as anything that has come before and we are 100% there on opening weekend.  Check out the bonkers first trailer below.