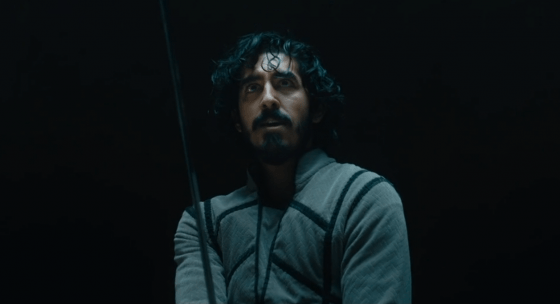 A24 has usually have one big summer horror/genre film, with last year’s being Midsommar, and this year they are putting a new twist on Arthurian legend with The Green Knight.  From director David Lowery, who previously directed films like A Ghost Story, Pete’s Dragon and The Old Man and The Gun, Dev Patel stars as Sir Gawain, one of King Arthur’s knights who takes on a challenge by the mysterious and supernatural Green Knight.  Alicia Vikander, Sean Harris, Joel Edgerton, Barry Keoghan, and Sarita Choudhury co-star.  The movie looks like it’s filtering the classic tale through in a way similar to A24’s The Witch where it appears like it will be a mix of extremely grounded realism and some fantastical elements but overall it looks pretty great.  It’s out on May 29th and you can check out the trailer below.