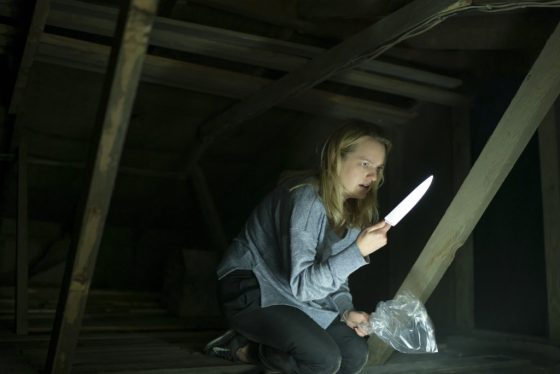 Universal and Blumhouse reigned supreme over this past weekend as The Invisible Man exceeded expectations and took the top spot at the box office.

The Invisible Man took in $28.2 million over the weekend, well above the $20 million predictions for its performance.  It only cost $7 million to make in true Blumhouse fashion, so it has already just about 7x its budget when you factor in its worldwide total of $48.4 million.  In just three days, it is the highest-grossing horror movie of 2020 (although the competition hasn’t been that great).  It was well above Fantasy Island, which debuted to $12.3 million just a few weeks ago and it sits between Paranormal Activity 4 and Happy Death Day as far as Blumhouse openings.

Sonic the Hedgehog dropped to second with $16.3 million but with an incredibly strong 38% drop from last weekend.  It has over $128.5 million domestic and over $265.7 million worldwide so far for its three weeks out.

The Call of the Wild dropped to third with $13.4 million, a drop of about 46% from last week’s opening.  Reports are saying that the movie will most likely cost Disney/Fox around $50 million in losses due to its bloated budget and slower than expected performance.  It has just over $79.4 million worldwide so far.

Bad Boys for Life rounded out the top 5 with another $4.4 million.  It has made over $197 million domestic and over $405 million worldwide.

Impractical Jokers: The Movie jumped into the top 10 as it expanded wide over the weekend, coming in seventh place with $3.5 million.  It’s nowhere near any of the Jackass movies if we’re comparing similarly themed “TV Show to Movie” movies but it was better than Johnny Knoxville’s last movie, Action Point.

The Per Theater average went to Come and See, the re-release of the Belarusian anti-war film.  It played in one theater and took in $12,859 for the weekend.