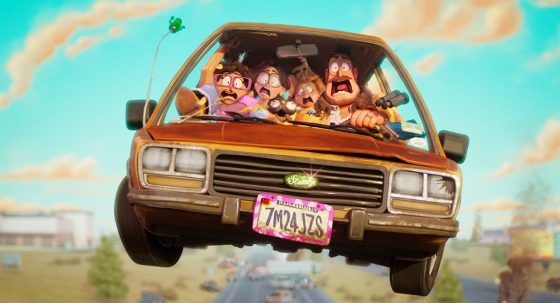 Whether directing or producing, Lord and Miller have been pretty much infallible and Connected seems like it will most likely continue that trend.  The comedy duo is producing while Gravity Falls and Disenchantment vets Jeff Rowe and Michael Rianda co-direct and the movie follows the Mitchell family as a road trip to bring their oldest daughter Kate (Abbi Jacobson) to film school goes horribly awry when technology goes haywire and starts to attack humanity, led by an army of robots called PALs.  Danny McBride voices dad Rick while Maya Rudolph voices mom Linda and director Michael Rianda voices the Mitchells son Aaron.  Eric Andre and Olivia Colman co-star as well.  It looks like Sony Animation is continuing to use the Spider-Verse tech, as Connected has a similar but more cartoony look and has flashes of comic book-like accents and traditional animation as well.  It looks pretty great and Lord & Miller have yet to steer us wrong.  Check out the trailer below and the movie is out on September 18th.

Review: The Mitchells vs The Machines