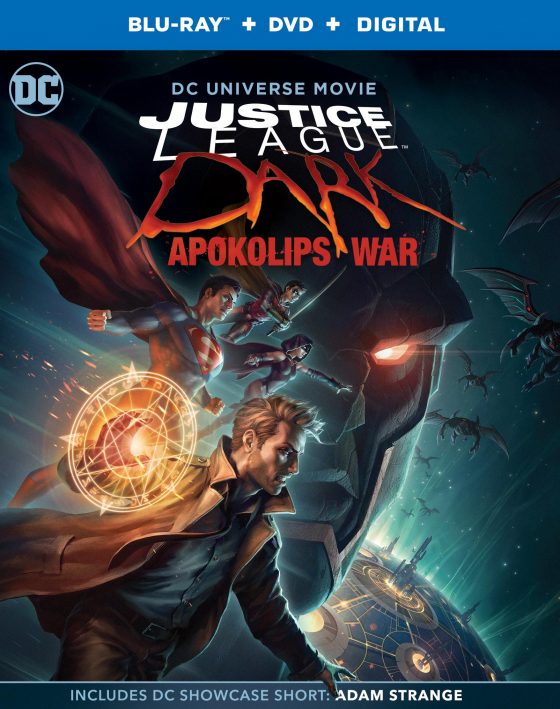 Six years after Justice League War setup the new, interconnected DC Animated Universe, all of the heroes must come together in a final battle against the evil Darkseid in Justice League Dark: Apokolips War.  Even though the titular team is Justice League Dark, the Teen Titans, Justice League, and the Suicide Squad are all involved as well as Superman (Jerry O’Connell), Raven (Taissa Farmiga) and John Constantine (Matt Ryan) have to help gather an army to stand against Darkseid after he conquers Earth.  Tony Todd voices Darkseid and Rosario Dawson, Rainn Wilson, Jason O’Mara, John DiMaggio, Camilla Luddington and Rebecca Romijn co-star.  The movie also includes a short in the DC Showcase series following Adam Strange, with Charlie Weber as the title character.  The movie is out on Digital on May 5th and on Blu-Ray/DVD/4K on May 19th. Check out the trailer below.