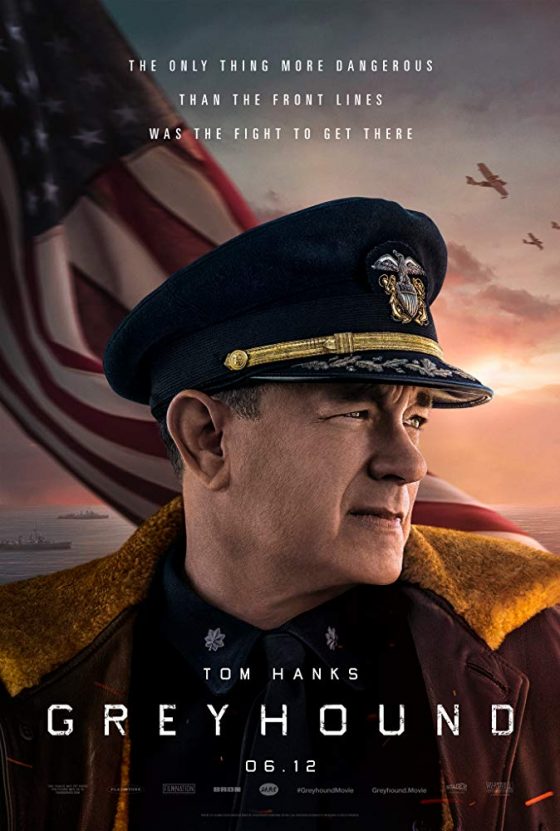 It’s been over two decades since Saving Private Ryan but Tom Hanks is heading back to World War 2 for a movie he also wrote the screenplay of, Greyhound.  Hanks stars as Commander Ernest Krause, who is in command of a 37 convoy crossing the North Atlantic to reach England in 1942.  At a certain point, the convoy has to lose their aerial protection and the five days when they are more vulnerable is when a fleet of German U-boats attack.  It’s Krause’s first time making the crossing and he has to coordinate a defense to fight back against the subs and keep as many men and ships safe as he can.  Elisabeth Shue, Stephen Graham, Manuel Garcia-Rulfo, Karl Glusman, and Maximillian Osinski co-star and the movie is directed by Aaron Schneider, who has mostly been a cinematographer but directed the 2009 Robert Duvall movie Get Low previously.  It seems like an interesting area World War 2 that hasn’t really been covered in film and anything with Tom Hanks is a must-watch.  It’s out on June 12th this summer and you can check out the trailer below.

SpongBob Sets Out to Rescue Gary in The SpongeBob Movie: Sponge on the Run (Trailer)