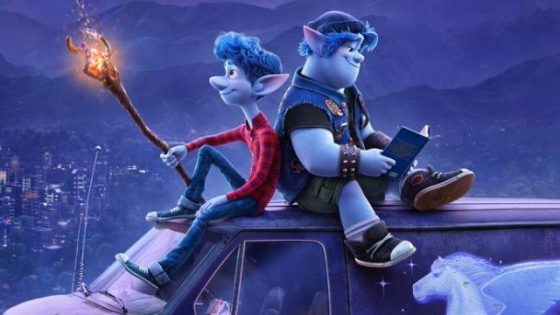 Onward took the top spot at the box office over this past weekend but it’s one of the lowest openings in Pixar history.

Onward took in $39.1 million over the weekend, which is the lowest for a Pixar movie since The Good Dinosaur, which actually made slightly more in its opening weekend in 2015.  The only Pixar movie Onward managed to top for a wide release opening was Toy Story, but that’s not adjusted for inflation.  Part of the blame for the underperformance is the ongoing Coronavirus outbreak, which most definitely impacted the international gross of Onward.  The movie made $28 million internationally for a worldwide opening of $67 million.  Perhaps the saving grace is strong reviews and strong word of mouth, as the audiences that did head out to see the movie gave it an A- Cinemascore.

The Invisible Man dropped to second place but it had a very strong hold for a horror movie, only dropping 46% from last weekend’s opening.  It made another $15.1 million, putting it at $52.6 million domestic and over $98 million worldwide.

The Way Back opened to third place with $8.2 million.  Compared to other similar sports movies, it’s between When the Game Stands Tall and Race.  For Ben Affleck, the opening is between Jersey Girl and Reindeer Games but it was on par with expectations from Warner Bros.  It probably won’t have a lot of help overseas as basketball is far less popular in basically every other country outside the US and it only made $640,000 total from the international markets it opened in.

Sonic and The Call of the Wild rounded out the top 5, with Sonic pushing over $295 million worldwide.

Expanding to wide release, Emma took in $4.8 million and took sixth place.  Combined with its limited release, it has made $6.7 million.

The Per Theater average went to the documentary The Booksellers, about antique book dealers, which made $15,794 for the weekend in the one theater it played in.

Battle at the Box Office 3/2