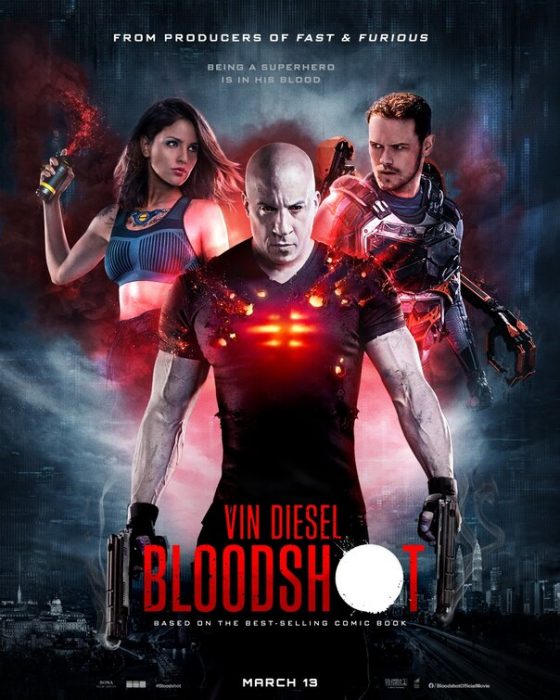 Plot: Based on the bestselling comic book, Vin Diesel stars as Ray Garrison, a soldier recently killed in action and brought back to life as the superhero Bloodshot by the RST corporation. With an army of nanotechnology in his veins, he’s an unstoppable force — stronger than ever and able to heal instantly. But in controlling his body, the company has sway over his mind and memories, too. Now, Ray doesn’t know what’s real and what’s not — but he’s on a mission to find out.

Critic Consensus: “Bloodshot gives Vin Diesel a solid opportunity to indulge in old-school action that should satisfy fans, even if the end result is disappointingly mediocre” 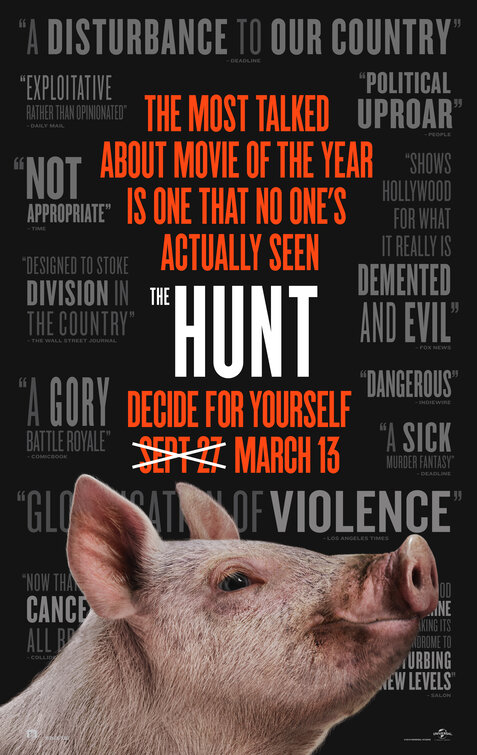 Plot: Twelve strangers wake up in a clearing. They don’t know where they are, or how they got there. They don’t know they’ve been chosen… for a very specific purpose… The Hunt. In the shadow of a dark internet conspiracy theory, a group of globalist elites gathers for the very first time at a remote Manor House to hunt humans for sport.

Critic Consensus: “The Hunt is successful enough as a darkly humorous action thriller, but it shoots wide of the mark when it aims for timely social satire”

Directed by: Andrew and Jon Erwin

Plot: The true-life story of Christian music megastar Jeremy Camp and his remarkable journey of love and loss that proves there is always hope in midst of tragedy and that faith tested is the only faith worth sharing.

The Hunt is Back On in March