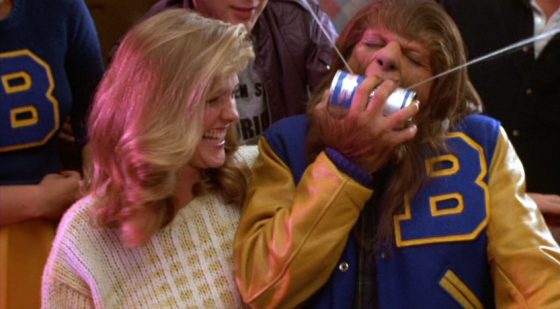 With everything going on around the world right now, it seems like a good time to just take a break and watch the 80s comedy classic Teen Wolf, which is officially on YouTube (albeit with ads).  The movie arrived in 1985 and stars Michael J. Fox as Scott Howard, who learns that his family has a history of becoming werewolves around Scott’s age.  Unlike most horror movies where the lycanthropy is a curse, Scott’s social standing is greatly improved as he becomes incredibly popular, a basketball star and draws the attention of the school’s hottest girl, Pamela (Lorie Griffin).  It didn’t get great reviews when it came out but it was a commercial hit, spawned a much lesser sequel with Jason Bateman and has become an 80s cult classic.  It also loosely inspired a much more moody and serious MTV show “with a greater emphasis on romance, horror and werewolf mythology” and less emphasis on van surfing and shotgunning beers.  You can watch the whole movie below.