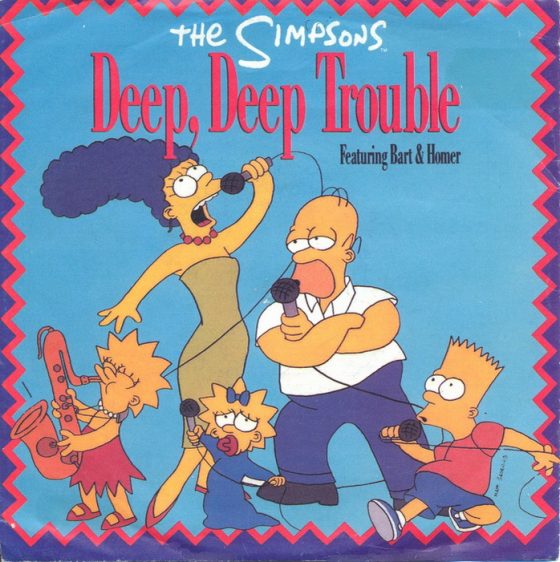 Arriving in Season Two of The Simpsons when the marketing blitz was at full force, “Deep, Deep Trouble” was the second single released from the The Simpsons Sing the Blues album, the first single being the worldwide hit “Do the Bartman”.  Much like “Do the Bartman”, “Deep, Deep Trouble” was a rap song by Bart Simpson (Nancy Cartwright) as he describes a series of events that landed him in the title state of being. Dan Castellaneta has a cameo as Homer and Maggie’s pacifier pops up as well.  The song was co-written by Simpsons creator Matt Groening and DJ Jazzy Jeff and it definitely has his and the Fresh Prince’s style of storytelling, humorous rap songs.  The song received a music video that aired during the episode “Bart’s Dog Gets an F” and it has since appeared on the Season Two DVD with audio commentary.  The video was also massively popular on MTV and a hit in many countries including the UK, Ireland, Australia, and New Zealand.  You can check out the video below.