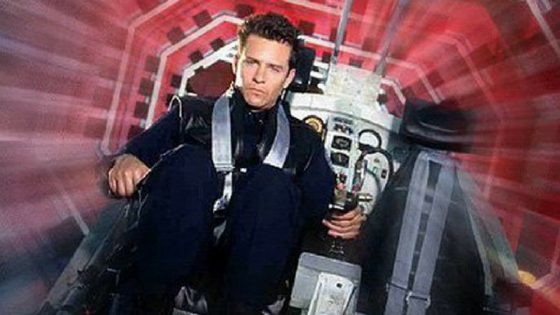 Three years after the classic Jean Claude Van Damme movie had hit theaters (and made over $100 million worldwide), ABC ordered a series inspired by the movie, although with none of the cast returning, obviously.  Ted King takes over as Time Enforcement Commission officer Jack Logan, who is sent back in time to prevent drastic changes to the timeline caused by criminals who also have access to time travel technology.  He’s assisted by his boss Eugene Matuzak, who was in the movie played by the great Bruce McGill but on the show was played by Don Stark, fellow TEC officer Claire Hemmings (Cristi Conway) and Dr. Dale Easter (Kurt Fuller).  The episodes usually involved Jack meeting some sort of historical figure like Eliot Ness, HG Wells, Hitler or Ulysses S. Grant, played by guest stars like Ron Livingston and Robert Ayers.  The show had an order of 13 episodes for its first season but it performed so poorly that only nine aired on ABC.  It’s pretty surprising that this got ordered as a full 90s network series, as it seems like perfect fodder for the syndicated action/adventure shows that were in full swing around that time, stuff like Hercules, Xena, Cobra, Highlander and Mortal Kombat: Conquest.  You can check out the first episode, A Rip in Time, below, where Jack faces off against a time criminal who is looking to become the new Jack the Ripper.