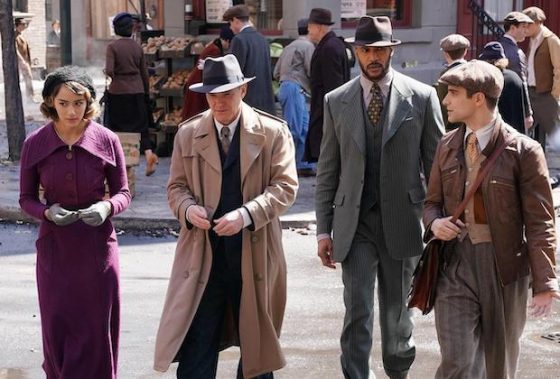 The final hold-out of the Jeph Loeb era of Marvel Television, Agents of SHIELD is wrapping up it’s run with the upcoming seventh and final season, debuting on May 27th.  At the end of the last season, after taking out a pair of powerful ancient beings, the team was forced to jump back in time to escape being destroyed by the artificial race known as the Chronicoms, who are hellbent on taking over Earth as their new homeworld after theirs was destroyed.  Mack, Daisy, Fitz, Simmons, Yo-Yo, May, and Deke, along with an enhanced LMD version of Phil Coulson are now in 1931 and have to figure out a way to stop the Chronicoms in the past to save their future, including jumping to other time periods throughout the history of SHIELD.  It seems like hopefully, it will be a fun final season with the time travel shenanigans colliding with advanced future tech and superpowers and there’s also the added bonus that the new SHIELD team will meet one of their founders, Peggy Carter, as Hayley Atwell is confirmed to guest star in this upcoming season along with Agent Carter co-star Enver Gjokaj will appear as well.  Check out the trailer for Season 7 below.

Mission Complete: The End of Agents of SHIELD

Inhumans Looks Better But Still Not Great in New Trailer