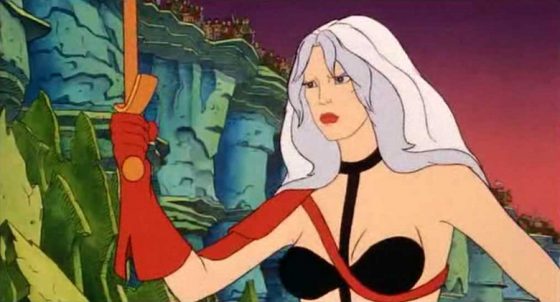 A cult classic whose influence is still felt today in things like Love, Death, and Robots on Netflix, 1981’s Heavy Metal was an adult animated anthology inspired by the iconic magazine of the same name (called Metal Hurlant in France, where it originated).  Produced by Ivan Reitman and directed by Gerald Potterson, the movie featured 10 stories linked together by the framing device of Loc-Nar, an entity of pure evil that exists in a green crystalline form and causes most of the terrible things that happen in each story until the movie’s heroine, Taarna the Taarakian, sacrifices herself to destroy it.  Along with the fantastic gritty violence and sex-filled animation, the movie was jam-packed with music from bands like Blue Oyster Cult, Journey, Black Sabbath, Cheap Trick, Sammy Hagar, Devo and more with Eagles guitarist Don Felder providing the overall theme song, “Heavy Metal (Takin’ a Ride)”.  The song was featured in the segment “B-17” but it’s become the iconic track from the movie and represents the whole film.  The song was released as a single and hit #43 on the Billboard Hot 100 and #5 on the Mainstream Rock charts and the entire soundtrack album hit #12 on the Billboard album charts when it was released in 1981.  Check out the song below.