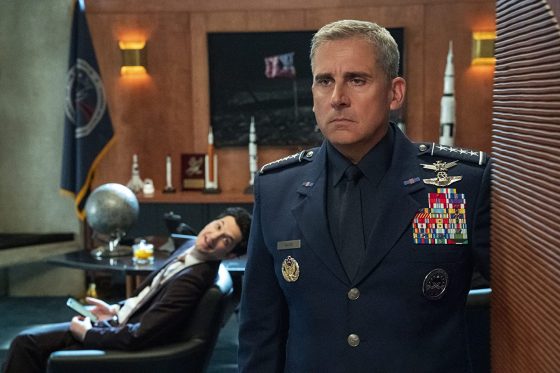 The Office team of Greg Daniels and Steve Carell have teamed back up for the new Netflix comedy series Space Force.  Carell plays General Mark R. Naird, formerly second in command at the Air Force who has been given the job of creating the newest branch of the US military, Space Force. With a motley crew of soldiers, astronauts and scientists, Mark has to get the fledging military unit up and running and ready to defend the nation’s interests in space.  Ben Schwartz, Lisa Kudrow, John Malkovich, Tawny Newsom, Noah Emmerich, Jane Lynch, Jimmy O. Yang, Fred Willard, Jessica St. Clair, and Diana Silvers co-star.  This will actually be the second Greg Daniels show launched on streaming as his show Upload is available currently on Prime Video.  Space Force arrives on Netflix on May 29th and you can check out the trailer below.