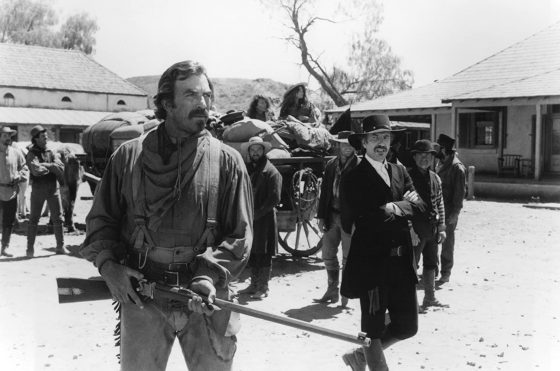 Tom Selleck is best known for his sweet ‘stache and for his TV roles like Magnum PI, Blue Bloods, and Jesse Stone but one of his best film starring roles in the Australian set Western, Quigley Down Under.  Selleck plays Matt Quigley, a sharpshooter from America in the 1860s who answers an ad looking for a gunslinger to come to Australia.  When he arrives, he finds out his potential employer, Elliot Marston (Alan Rickman), wants him to murder Aborigines, which Quigley refuses to do.  He and a crazy Texas ex-pat Cora (Laura San Giacomo) are dumped in the middle of the Outback and left for dead but they are rescued by the Aboriginies and Quigley uses his skills to start defending them from Marston and his men. The script for Quigley Down Under had been in development since the 70s and at one time was going to possibly star Steve McQueen before he died of cancer.  It’s got some great shoot-outs, fun characters and a fantastic as always villain turn from Alan Rickman.  You can check out the whole movie below thanks to YouTube.

Everything Action Theater: The Hunted