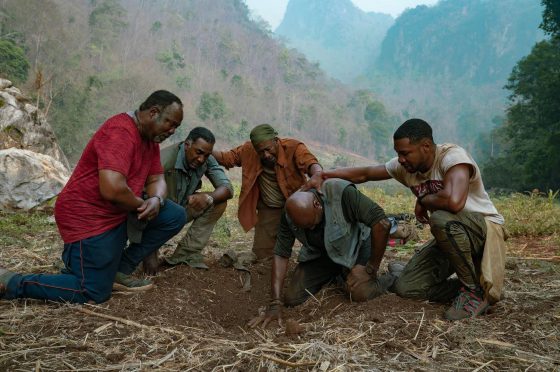 Spike Lee is heading back to the same time period as his last movie, BlackKklansman, while also playing in the present day with Da 5 Bloods.  Four Vietnam vets (Delroy Lindo, Clarke Peters, Norm Lewis, and Isiah Whitlock Jr) return to Vietnam on a quest to find the body of their lost squad leader (played by Chadwick Boseman) and to recover a cache of gold they found and hid during the war.  It seems like the movie might flip back and forth the present day and the war and explore the specific impact of the war on these characters as well as the larger social and racial issues of that time period.  Jonathan Majors, Paul Walter Hauser, Jean Reno(!), Melanie Thierry, Veronica Ngo, and Giancarlo Esposito co-star, and the movie is coming to Netflix on June 12th.  Check out the trailer below.