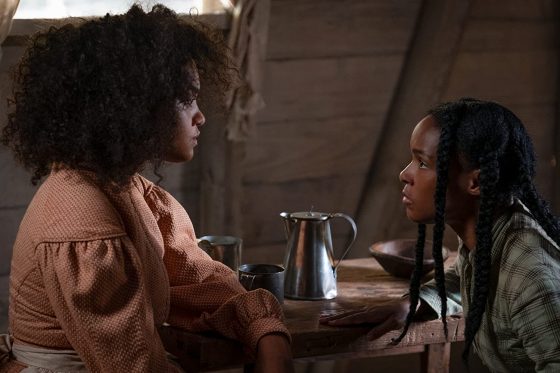 In the vein of (and from the producers of) Get Out and Us comes a new horror movie, Antebellum.  Janelle Monae stars as Veronica Henley, an incredibly successful author with seemingly everything you could possibly want in life.  She suddenly finds herself sent back in time to the South in the time of the Civil War and a slave at a plantation.  Veronica has to figure what happened and if there’s any way to get back to present while trying to survive the brutal conditions of the era. There definitely seems to be some sort of organization in the present that is “choosing” people to send back in time.  Marque Richardson II, Eric Lange, Jack Huston, Kiersey Clemons, Tongayi Chirisa, Gabourey Sidibe, Rob Aramayo, Lily Cowles, and Jena Malone co-star and the movie is directed by the duo of Gerard Bush and Christoper Renz.  The movie is hoping for an August 21 release in theaters but the situation is constantly changing, so we’ll have to wait and see if that happens.  You can check out the trailer below for now though.

To Your Last Death Brings Animated Horror in March (Trailer)