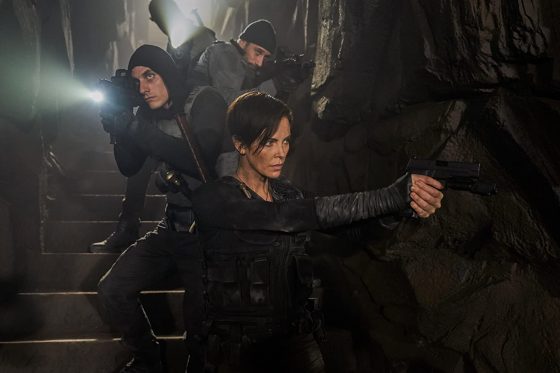 Netflix already delivered some awesome action last month with Extraction and hopefully their July release The Old Guard will pick up that baton.  Starring Charlize Theron, The Old Guard is based on a graphic novel by Greg Rucka and Leandro Fernandez and follows a group of immortal warriors that have been acting as mercenaries for centuries.  They discover a new immortal named Niles Freeman (Kiki Layne) and she starts to train to join them.  Things get complicated when a shadowy group led by Chiwetel Ejiofor is looking to capture the team and find some way to extract their DNA and turn it into a weapon sellable to the highest bidder.  It’s got some Bloodshot and Highlander vibes going on but hopefully, it will be pretty awesome.  Gina Prince-Bythewood, who has directed movies like Love & Basketball and Beyond the Lights, is directing and the movie arrives on Netflix on July 10th.  Check out the trailer below.

Action Hero of the Week: Andromache of Scythia