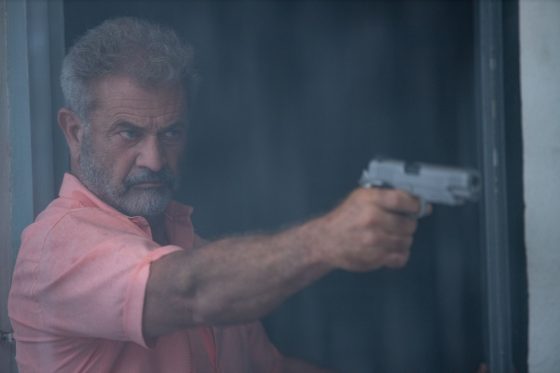 In the grand tradition of Hard Rain and The Hurricane Heist, the action genre mashes up with the disaster genre again next month with Force of Nature.  Starring Mel Gibson, Emile Hirsch, and Kate Bosworth, Hirsch is a cop named Cardillo who is trying to evacuate residents of an apartment complex in Puerto Rico. He runs into Dr. Troy (Bosworth), who is trying to get her father Ray (Gibson) out of the building, but he refuses to leave.  The group becomes trapped in the building when a vicious criminal gang led by David Zayas arrives, looking for a stash of cash that is the building that was from a massive bank heist that Ray was involved with when he was a detective.  It looks like some standard Die Hardesque stuff as the heroes try to get supplies and outmaneuver the bad guys with the added complication of the increasingly powerful hurricane bearing down on them.  The movie is directed by Michael Polish, who previously directed movies like Hot Bot, Big Sur (with Kate Bosworth), and Twin Falls Idaho.  Force of Nature is out on Digital, On-Demand and Blu-Ray on June 30th, you can check out the trailer below.

Action Hero of the Week: Will Rutledge