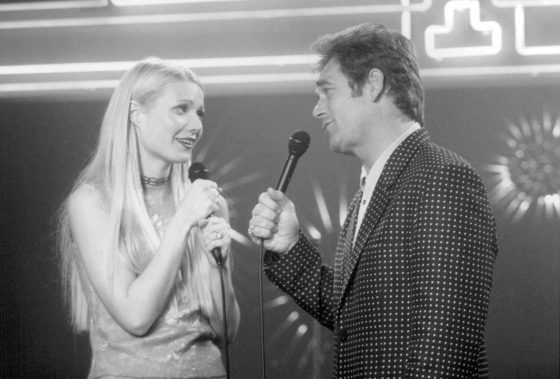 There have been many movies over the years that have explored niche competitions like say, Over the Top and arm wrestling, but in 2000 the movie Duets took us into the cutthroat world of competitive karaoke.  The movie stars Huey Lewis as Ricky Dean, a con artist who enters karaoke contests feigning very little musical ability but, because he’s Huey effing Lewis, he reveals his pipes and crushes the competition.  While on his tour of contests around the country, he’s detoured to Las Vegas due to the death of an ex-girlfriend and meets his daughter Live (Gwyneth Paltrow), who joins him on the road.  Paul Giamatti, Andre Braugher, Maria Bello, and Scott Speedman co-star as well and the movie culminates in a climactic competition in Omaha with $5,000 on the line.  This is where Paltrow and Lewis bust out their version of the Smokey Robinson classic “Cruisin”.  “Cruisin” was released as a single and hit #1 on the Billboard Adult Contemporary charts but it was an even larger hit in Australia, where it was #1 on the charts and went 2x platinum.  You can check out the official music video for the song below.