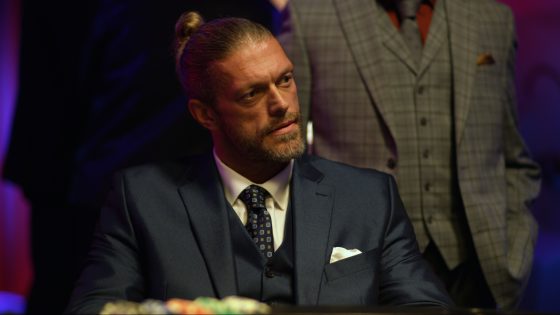 Seemingly combining the heist setup of an Ocean’s movie with the airborne action of something like Air Force One or Passenger 57, Money Plane arrives in July on Digital and On Demand.  The WWE’s Adam Copeland stars as Jack Reese, a highly trained thief with a massive gambling debt over his head.  His debt is taken over by Darius Grouch the 3rd aka “The Rumble” (Kelsey Grammar), who forces Jack and his team into a seemingly impossible job to pay it off; rob an illegal, high-tech and heavily guarded airborne casino called the Money Plane.  Denise Richards, Tom Jane, Patrick Lamont Jr and Katrina Norman co-star and the movie is directed by Andrew Lawrence, the younger brother to Joey and Matthew Lawrence, who previously directed and starred in the romantic comedy The Office Mix-Up.  Money Plane is out on July 10th and you can check out the trailer below.

Anson Mount Hunts a Mystery Target in The Virtuoso (Trailer)