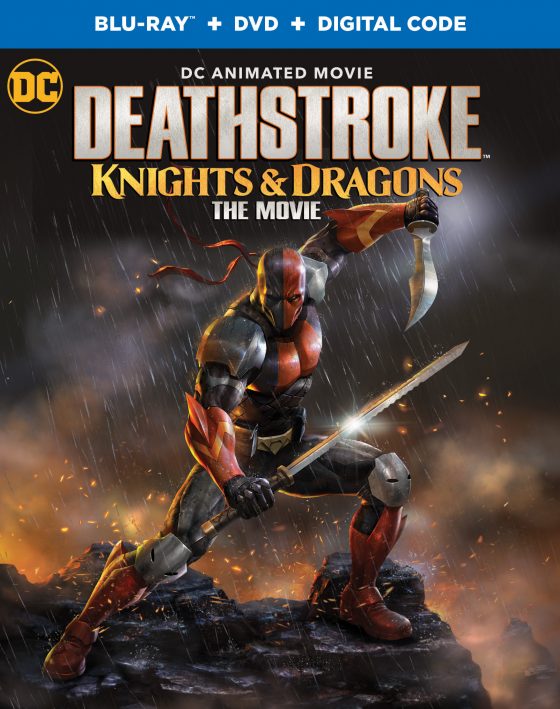 Just because the DC Animated Movie Universe wrapped up it’s most recent incarnation with Justice League Dark: Apokolips War, that doesn’t mean there aren’t new animated movies on the way and the next one arrives in August with Deathstroke: Knights & Dragons (although it’s not part of the DC Animated Movie Universe continuity).  Debuting originally as shorts on CW Seed, the full animated movie stars Michael Chiklis as Slade Wilson aka Deathstroke, who tries to maintain a dual life as a loving father and a ruthless mercenary/assassin for hire but the terrorist group H.I.V.E. forces both sides to collide.  Sasha Alexander, Chris Jai Alex, Colin Salmon, and Faye Mata co-star, and the movie is directed by Sun Jinh Ahn.  If you’re a fan of the more brutal, R rated direction the animated DC movies have gone, you’ll definitely be on-board for Knights & Dragons, as, based on seeing the CW Seed episodes, it features tons of Deathstroke living up to his Terminator nickname and taking down hordes of enemies in brutal fashion.  It’s out on Digital on August 4th and on Blu-Ray combo pack on August 18th and you can check out the trailer below.