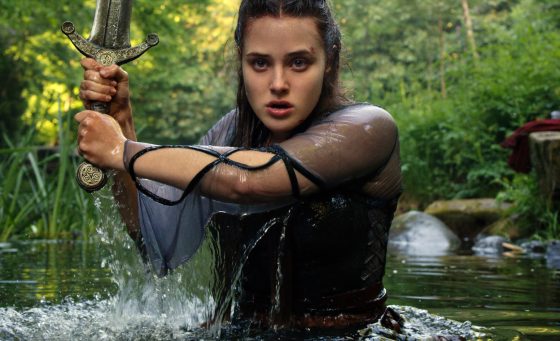 July sees two different series hitting the streaming service that features warrior women battling ancient forces in fantastical settings with Warrior Nun and Cursed.  Warrior Nun is based on the manga-style comic Warrior Nun Areala from creator Ben Dunn that stars Alba Baptista as Ava, a 19-year-old woman who wakes up in the morgue and discovers she has been chosen by “The Halo”, a powerful artifact that is now embedded in her back.  The Halo gives her superhuman abilities and she’s now a part of The Order of the Cruciform Sword, who are tasked with waging a secret war with demons.  The showrunner is Simon Barry, who previously worked on the sci-fi time travel series Continuum.  Warrior Nun debuts on July 2nd on Netflix with a 10 episode first season.

Cursed stars Katherine Langford as Nimue, the famed Lady of the Lake from Arthurian legend.  Based on the book by Frank Miller and Thomas Wheeler, the series twists the legend and imagines what would happen if Nimue and not Arthur was the one to wield Excalibur and become the ruler of England.  It seems like it’s taking some visual cues from another Frank Miller adaptation, 300, with lots of slo-mo and gritty fantasy action.  Cursed has a 10 episode first season and it arrives on July 17th.