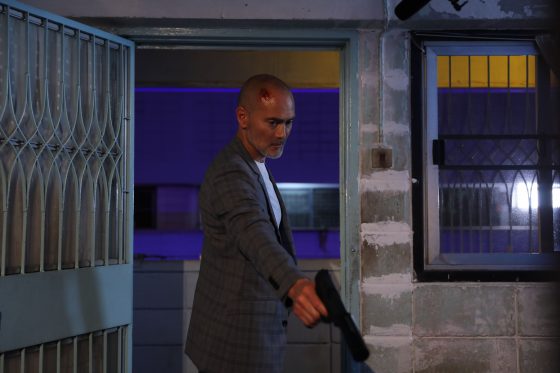 Mark Dacascos is back in action in August starring as a hitman with a personal vendetta in One Night in Bangkok.  Dacascos plays Kai, who arrives in Bangkok and hires a rideshare driver, whom he offers a large sum of money to drive him around for the night.  His driver realizes that at each stop, Kai is brutally murdering someone and it has something to do with the murder of his wife and daughter when they came to the city previously.  A detective, played by Kane Kosugi, gets on Kai’s trail and has to figure out how all the bodies are connected and try to stop Kai before he can complete his mission.  The movie is directed by Wych “Kaos” Kaosayananda, who previously directed Ecks vs Sever and most recently directed Dacascos in the zombie thriller The Driver.  One Night in Bangkok arrives on DVD, Digital, and On-Demand August 25th from Lionsgate and you can check out the trailer below.

Mark Dacascos Battles the Undead in The Driver (Trailer)