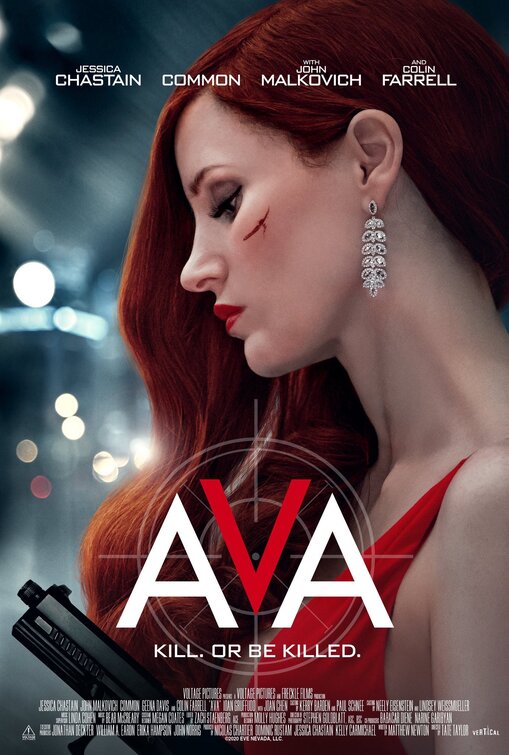 There have been quite a few female assassin movies in the wake of John Wick but the only one to really live up is Atomic Blonde.  Jessica Chastain is throwing her hat into the assassin action genre later this year with Ava.  Chastain stars as the title character, who is an elite assassin working for a black ops organization.  When the head of the organization, played by Colin Farrell, determines she’s become too much of a risk with her tendency to talk too much to her targets before killing them, a kill order is put out and Ava has to go on the run.  John Malkovich, Common, and Geena Davis co-star, and the movie is directed by Tate Taylor, who previously directed movies like Ma and The Girl on the Train.  It seems like fairly standard hitman/assassin plotting and action but the cast is definitely much more high caliber than similar movies in the genre and probably the main reason to check it out.  It’s out in September and you can check out the trailer below.