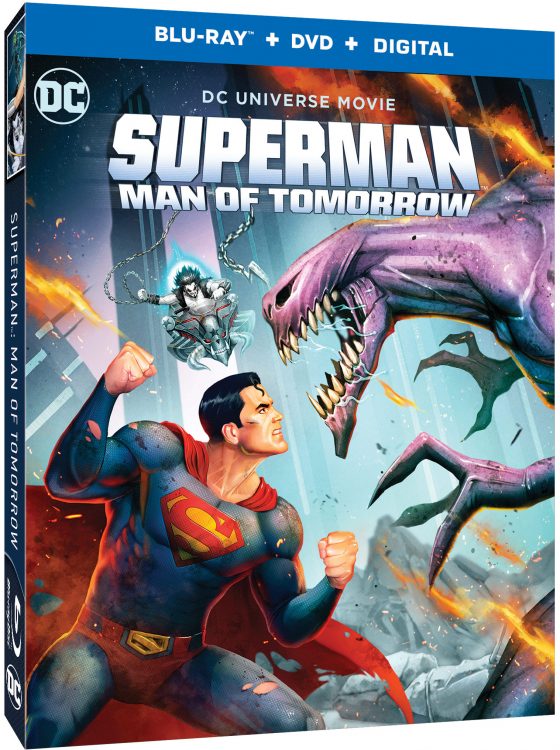 A new era dawns for the animated DC Universe Movies and a new spin on Superman’s first foray into the public eye arrives in August with Superman: Man of Tomorrow.  Clark Kent, voiced by Darren Criss, becomes Superman when Lobo (Ryan Hurst) and Parasite (Brett Dalton) arrive on Earth and threaten the world.  Luckily Clark gets an assist from Martian Manhunter (Ike Amadi) and begins and/or develops his relationships with Lois Lane (Alexandra Daddario) and Lex Luthor (Zachary Quinto).  Along with the voice cast, the animation style is the biggest departure from the arc that wrapped up recently with Apokolips War, as it almost feels like a throwback to the Fleischer era but with a modern twist.  The movie is on Digital starting August 23 and on 4K Ultra HD Combo Pack and Blu-ray Combo Pack on September 8.  Check out the trailer below.