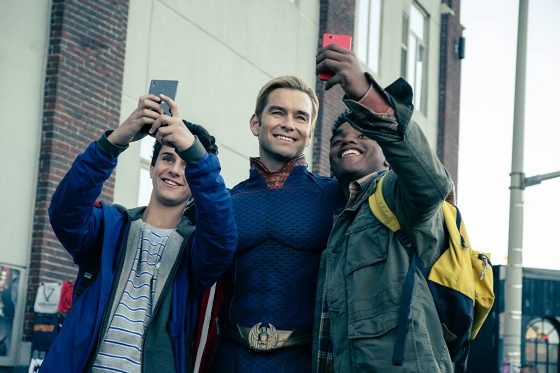 Two fan and critic favorite comic book shows are coming back soon to their respective streaming platforms with The Boys and The Umbrella Academy both returning for second seasons.

With The Boys Season 2, the titular Boys are on the run as the most wanted fugitives in the country with Homelander (Anthony Starr) and the Seven hunting them along with every major law enforcement group.  Billy Butcher (Karl Urban) has vanished, leaving the group without their charmingly sadistic leader and the Seven have a new member with Stormfront (Aya Cash), who clashes with Homelander as her popularity on social media threatens his nefarious plans.  Season 2 debuts September 4th on Prime Video and switches to a weekly release schedule as opposed to the binge model of Season 1.

Meanwhile, the members of the Umbrella Academy are transported back in time in Season 2, ending up in the 1960s and scattered to different places.  With seemingly no way to get back to the present day, the group tries to make new lives as best they can but the threat of a world-ending doomsday event in 1963 draws them back together.  The main cast is all back and Season 2 arrives on Netflix on July 31st.

Borat Returns to America in October on Amazon (Trailer)