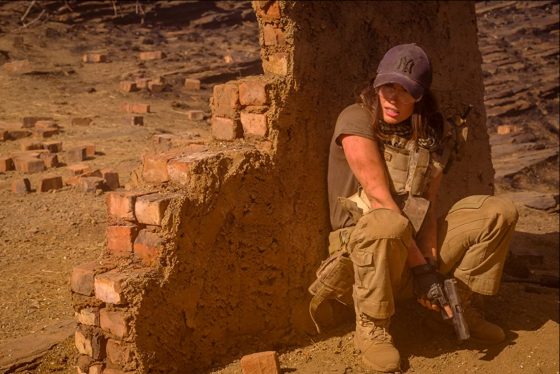 Megan Fox has dealt with Ninja Turtles recently but she’ll have to try and survive bloodthirsty lions along with rebels determined to take back their hostages in the upcoming action movie Rogue.  Fox plays Samantha O’Hara, leader of a team of mercenaries who are sent to rescue the kidnapped daughter of an African governor.  When they find more hostages than planned and their extraction goes bad when their chopper is shot down, the group has to make their way across the harsh African landscape.  They find an abandoned farm but soon realize it was abandoned because the previous residents were killed by deadly rogue lions.  With both the lions and rebels closing in, the mercenaries have to figure out how they can make a stand and survive. Strike Back’s Phillip Winchester, Calli Taylor and Jessica Sutton co-star and the movie is directed by M.J. Bassett, who previously directed Solomon Kane and Silent Hill: Revelation along with episodes of Power, Strike Back and Ash vs Evil Dead.  The movie looks like a cross between The Ghost and The Darkness and that Noomi Rapace movie Close from Netflix.  It’s out on Digital and On Demand on August 28th and you can check out the trailer below.