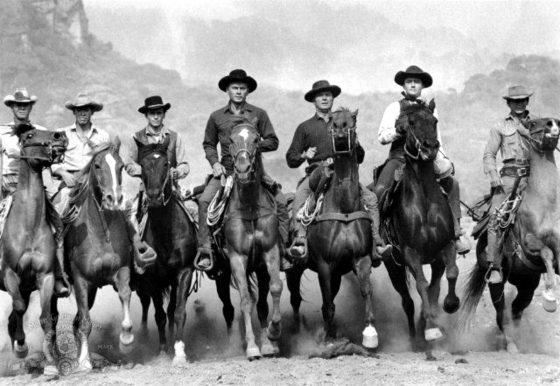 One of the most well regarded and well-known westerns in cinema history, you can watch the entire 1960 classic The Magnificent Seven in the latest Everything Action Theater.  Directed by John Sturges, the movie gathered Yul Brynner, Steve McQueen, Charles Bronson, Robert Vaughn, Brad Dexter, James Coburn, and Horst Buchholz as a group of gunslingers who agree to work together and defend a village from a group of vicious bandits led by Eli Wallach.  The movie was an American spin on Akira Kurosawa’s classic Seven Samurai and was weirdly not that big of a hit in the US but was a smash hit in Europe.  Based on that success, the movie received three sequels, a television series and the 2016 remake from Antoine Fuqua.  The movie was eventually recognized as one of the best movies in the western genre and was put into the Library of Congress in 2013.  The score by Elmer Bernstein is also one of the most iconic scores in cinema history, especially its instantly recognizable theme song.  You can watch the entire movie below thanks to YouTube.