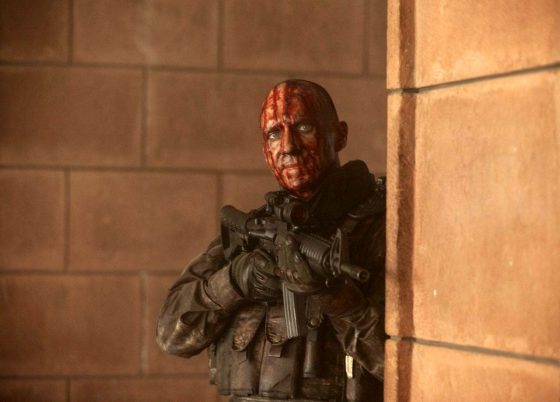 The directorial debut of Ralph Fiennes, the acclaimed actor also stars in the 2011 Shakespeare adaptation, Coriolanus.  Based on the tragedy by Shakespeare set in Ancient Rome, Fiennes’ version sets the story in a modern setting but keeps the dialogue true to Shakespeare.  Fiennes plays Roman general Caius Martius, who helps the Roman Empire conquer the city of Corioles, taking it from the Volsci people, who Rome is at war with.  Martius is given the name Coriolanus and wins a set on the senate but rivals scheme to bring him down and he’s eventually banished from Rome, where he allies himself with the very people he had conquered to seek vengeance on Rome.  The all-star supporting cast includes Gerard Butler, Jessica Chastain, Brian Cox, Vanessa Redgrave, John Kani and James Nesbitt.  It’s probably the only Shakespeare adaptation that features a CQC knife fight between Fiennes and Butler and it earned rave reviews from critics, although it never got a full wide release in US theaters.  You can check out the entire movie below thanks to YouTube.

Everything Action Theater: The Three Musketeers (2011)