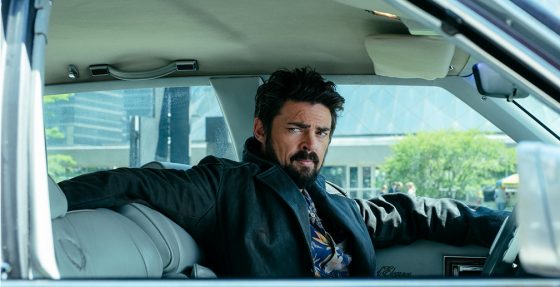 There’s only a month left until The Boys are back on Amazon Prime Video and Season 2 looks like it’s shaping up to be even more insane than the first season.  The titular vigilante group are now the most wanted criminals on the planet thanks to the events of the first season but Billy Butcher (Karl Urban) is more determined than ever to take down Vought and The Seven now that he knows his wife is alive.  Along with being fugitives, The Boys also have to deal with new “supe” Stormfront, played by Aya Cash, who seems to be plotting/competing with Homelander (Anthony Starr) to create an army of super-powered soldiers to battle super-powered terrorists that have allowed The Seven to expand their authority beyond the borders of the US.  The first three episodes of Season 2 arrive on September 4th and then a new one will drop each week afterward.  Check out the new trailer below.