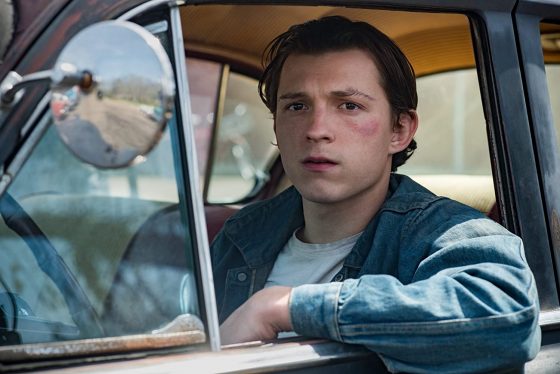 Tom Holland is leading an all-star cast for the upcoming, sprawling thriller The Devil All the Time, which hits Netflix in September. Holland is Arvin Russell, who lives in Knockemstiff, OH with his sister and adopted family.  His father, played by Bill Skarsgard, was a World War II veteran who seemingly lost his mind after the war.  Robert Pattinson is a firebrand local preacher, Jason Clarke is a horrifying creep who develops a twisted relationship with Riley Keough and Sebastian Stan is the corrupt local sheriff.  Mia Wasikowska, Harry Melling, Haley Bennett, and Pokey LaFarge co-star as well.  The movie is directed by Antonio Campos, who directed the movie Christine with Rebecca Hall and worked on The Sinner over at USA and it’s based on the novel by Donald Ray Pollock.  It definitely has that sprawling, novel-like quality and it also seems like a Coen Brothers movie without any sort of levity.  It’s out on September 16th and you can check out the trailer below.

Timothee Chalamet Claims the Crown in The King (Trailer)