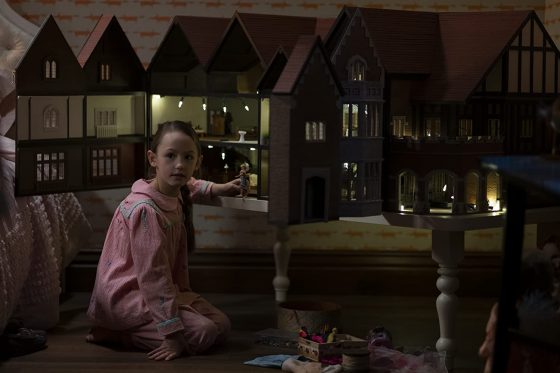 One of the best horror directors out there, Mike Flanagan is returning to Netflix with the second season of his “Haunting” show, The Haunting of Bly Manor.  Loosely based on The Turn of the Screw by Henry James (which already inspired a movie adaptation earlier this year with The Turning), the series follows a young governess who is hired by a wealthy man who has become the guardian of his niece and nephew at the family’s country estate, Bly Manor.  Victoria Pedretti, Oliver Jackson-Cohen, Henry Thomas, and Kate Siegel return from Haunting of Hill House as new characters (and Bly Manor is completely separate storywise from Hill House), and T’Nia Miller, Rahul Kohli, Catherine Parker, Benjamin Evan Ainsworth, and Amelie Smith co-star.  Flanagan wrote the first episode of the new season and will be back directing as well and the series arrives on Netflix on October 9th.  Check out the trailer below.

Finn Wolfhard Gets Creepy on Mackenzie Davis in The Turning (Trailer)