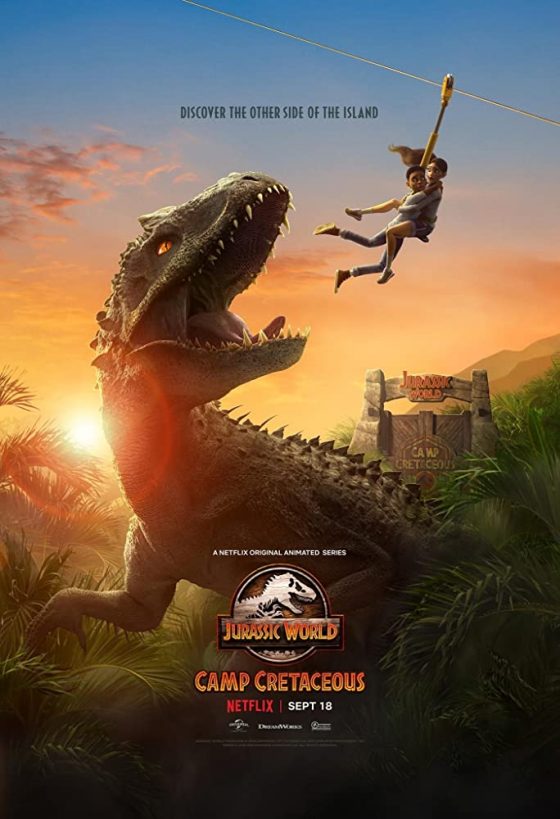 As if things like the original park or creating monsters like the Indominus Rex weren’t bad enough, someone thought it would be a great idea to build a summer camp on Isla Nublar and, of course, things go horribly wrong, in the first-ever Jurassic Park/World animated series, Camp Cretaceous.  Set on the other side of the island during the events of Jurassic World, the camp’s first group of teen campers have to survive on their own when the disaster at the main park strands them in the jungle with dinosaurs on the loose.  Paul-Mikel Williams, Jenna Ortega, Ryan Porter, Sean Giambrone, Raini Rodriguez, Kausar Mohammed, Jameela Jamil, and Glen Powell are the main voice cast and the show was developed by Zack Stentz, who previously brought the show Rim of the World to Netflix.  The series arrives on Netflix on September 18th and you can check out the trailer below.