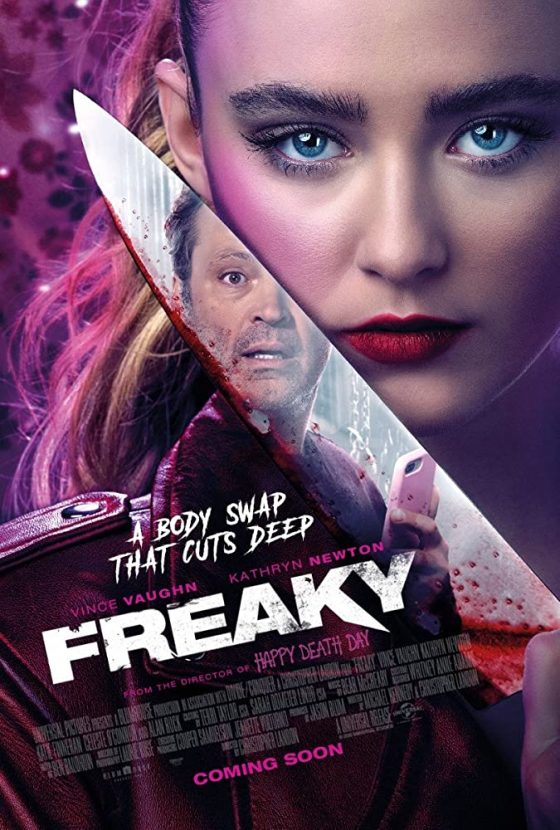 Director Christopher Landon has given us his fantastically fun take on the time loop gimmick with the Happy Death Day movies and now this November he’s taking on the body swap comedy with Freaky.  Kathryn Newton stars as Millie, a senior at Blissfield High.  Millie becomes the latest target of the town’s infamous serial killer, the Blissfield Butcher (Vince Vaughn) but instead of dying, she and The Butcher swap bodies.  After convincing her friends Nyla (Celeste O’Connor) and Joshua (Misha Osherovich) that she is who she says she is, the trio has to figure out a way to reverse the switch and stop The Butcher, who is using his new innocent teen girl body to wreak havoc.  It definitely feels like it’s from the same team that made Happy Death Day and it seems like it will be a lot of fun, especially Vince Vaughn who’s getting to do something similar to what Jack Black did in the Jumanji movies and channel his inner teenage girl.  The movie arrives in theaters on November 13th and you can check out the trailer below.

The Time Loop Returns in Happy Death Day 2U (Trailer)